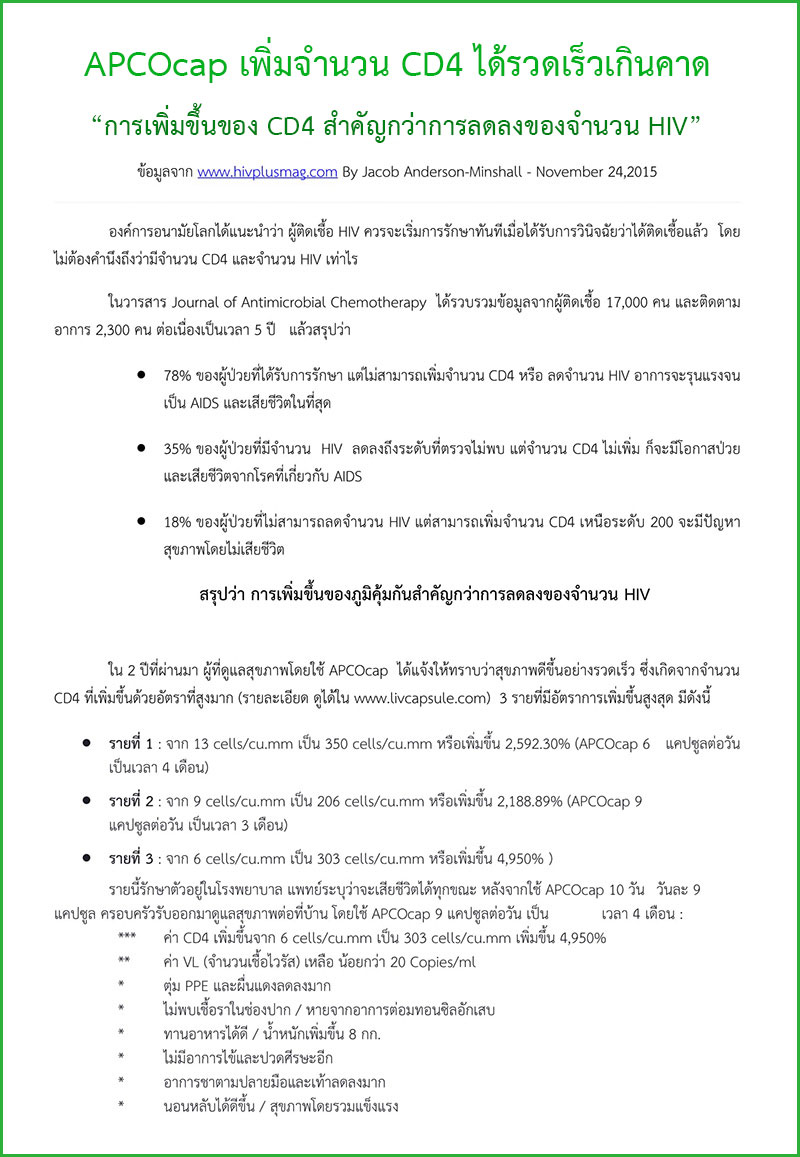 The latest WHO guidelines call for anyone with HIV to begin treatment as soon as possible after
diagnosis, regardless of the level of immunosuppression (CD4 count) and viral load. But
researchers say more than half of HIV-positive people arrive very late to treatment, because so
many of those living with HIV do not know their status until they become ill and are forced to
seek care.

“[That’s] the reality that we live with in the healthcare [field],” said lead author Daniel
Podzamczer, who is head of the HIV and STD Unit of the Infectious Diseases at the University
Hospital of Bellvitge in Barcelona, as well as a researcher at the Bellvitge Biomedical Research
Institute (IDIBELL).

The study, published in the Journal of Antimicrobial Chemotherapy, reviewed the cases of more than
17,000 HIV-positive patients and monitored 2,300 patients for five years. Those in the long-term
study were patients who started treatment when their CD4 levels very low, at less than 200.

“Patients often arrive severely immunocompromised,” Podzamczer explained in a written statement.
“Sixty-six percent of them with CD4 count at less than 500 cells per mm3 and in this study we
wanted to observe the evolution of patients who are late for treatment, which in our case are
approximately 22 percent with CD4 below 200 cells mm3.”

Researchers observed that the majority of patients who don’t respond to treatment eventually see
their HIV advance to stage four (AIDS) and/or die. In other words, 78 percent of the patients who
received treatment but failed to see an increase in their CD4 count or a drop in viral load
developed AIDS and/or died. Patients who reached undetectable viral loads, but never saw their CD4
count rise, had a 35 percent chance of becoming ill or dying from AIDS-related causes. Meanwhile,
of those who were unable to reduce who had their CD4 count rise above 200 but their viral load
never became “undetectable,” only 18 percent had negative health outcomes.

The conclusion: immune recovery is more important than virological response. But researchers
emphasize that while CD4 counts were more directly connected to positive health outcomes than
viral load, they are both important.

Also surprising was the study’s findings that even someone living with HIV who doesn’t begin
treatment until they are in advanced stages of the disease can nearly eliminate their risks of
negative outcomes. Another researcher involved with the study, Dr. Elena Ferrer from IDIBELL,
noted that those with HIV at any stage who were able to raise their CD4 count and reach an
undetectable viral load reduced their risk of “progression to AIDS or death at 5 years of follow-
up” to a mere two percent.

“Even in the worst case, you can fight the disease progression,” agreed Podzamczer. “But, we must
not forget that 30 percent of these patients failed to recover the immune response.”

Those unable to get their CD4 count up or to lower their viral load had a 78 percent chance of
disease progression and/or death.

So, Podzamczer concluded, “The recommendation has to remain, ‘Diagnose and treat the patient as
soon as possible.’”

Antiretroviral therapy can only go so far. Prevention and early diagnosis (which requires more
testing) are also essential, he says.